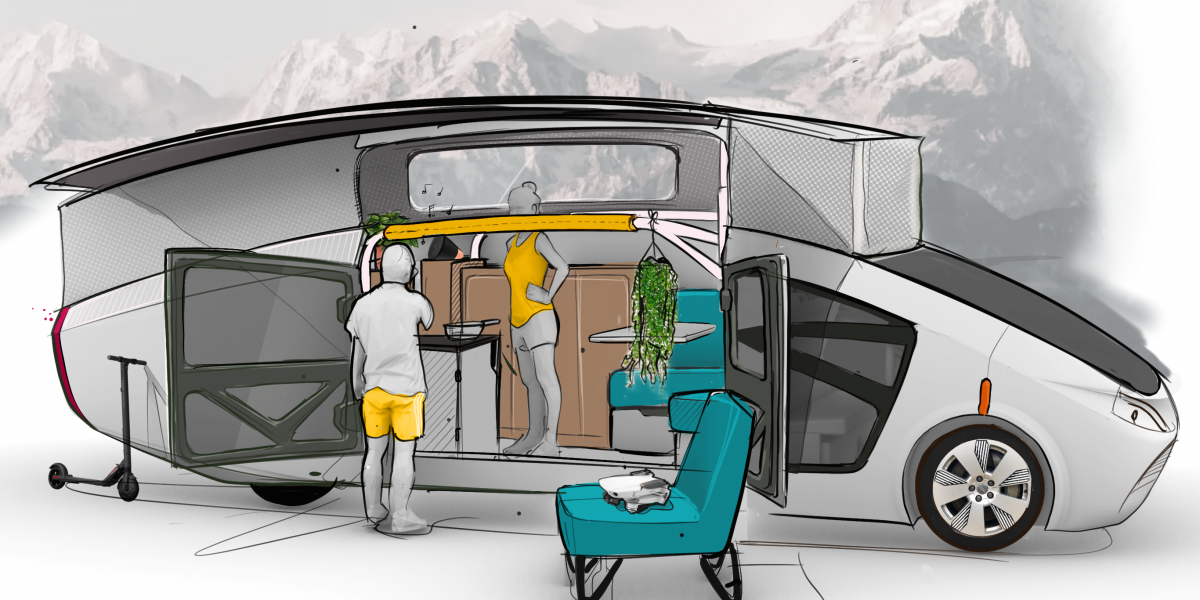 Solar Team Eindhoven is a student team from TU Eindhoven that won the four previous editions of the world championship for solar cars. This year the team does not make a racing car, but it builds a driving home on solar energy. SHOW is expected to hit the road in September.

SHOW stands for Self-Sustaining House On Wheels. A mobile home wherein you can live and work while travelling on the energy of the sun. SHOW generates enough solar energy to drive, shower, watch TV, charge your laptop and make coffee.

“SHOW makes you completely self-sustaining and independent. Hereby, you are free to go wherever you want, without harming the environment”, says Kjell Revenberg, team manager of Solar Team Eindhoven. “The coming months we will be busy building SHOW, however in September the car should be ready to drive on the road.”

Solar Team Eindhoven is a student initiative from the University of Eindhoven. The initial goal of Solar Team Eindhoven was to develop a consumer car powered by the energy of the sun. The prize-winning Stella’s have been an inspiration for Lightyear One, the first Dutch solar car for the consumer market. Therewith, this first goal is achieved. With SHOW the team now wants to challenge the energy and mobility market to accelerate the energy transition.

Copyright 2021 made by tableaux