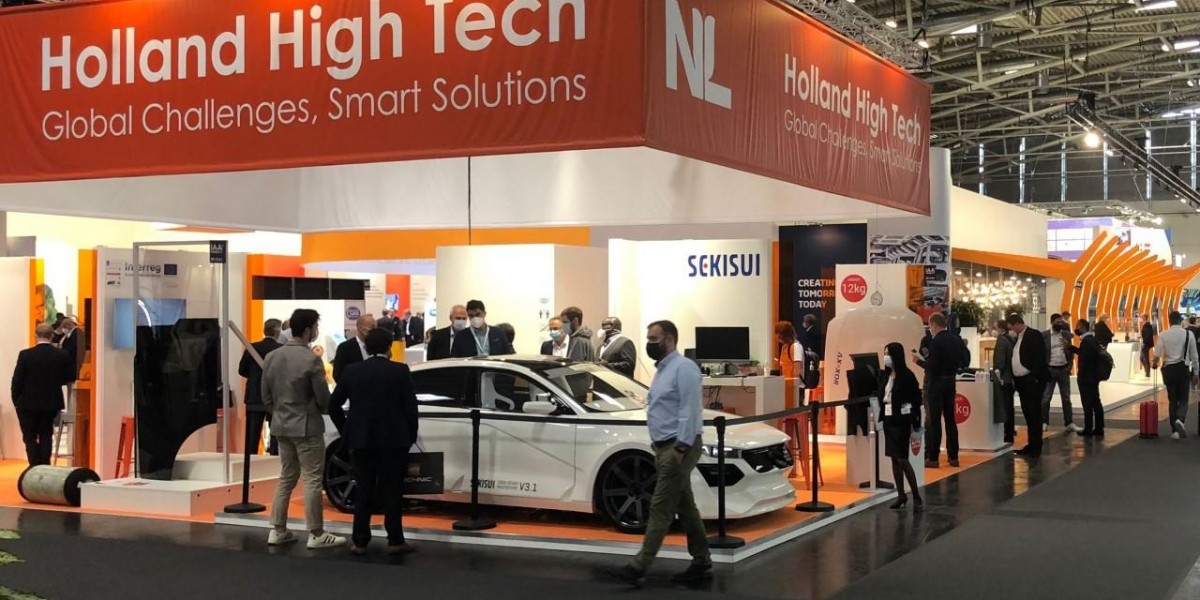 "The participants in the Holland High Tech pavilion at the IAA in Munich - including four companies from the Automotive Campus - were satisfied to very satisfied," summed up Bram Hendrix, who organized the stand on behalf of RAI Association. "Old contacts were made, new contacts were made and new business opportunities were discussed. Time will tell whether these contacts will ultimately lead to results, but for now the quality of the meetings is the most important indicator of the success of the trade fair for the participants."

Although the delegation of the Dutch automotive industry at the IAA has been more substantial in the past, Hendrix is still very satisfied given the circumstances. "Don't forget that many companies still have limitations when it comes to travel and event participation. Moreover, the automotive industry itself and therefore the IAA are in a transition phase. The emphasis will shift more towards mobility, sustainability and digitalization. You can see that in the new exhibition concept and the type of companies participating."

At the Holland High Tech pavilion, the thirteen participants showed a nice mix of technology and there was plenty to experience. Hendrix: "The Dutch automotive industry is well regarded by the major foreign car manufacturers and their suppliers. It is known as innovative, especially because Dutch companies are responding well to the transition in the automotive industry. And as a result, we are often in the vanguard after all."

Automotive Campus at the IAA

During the press day at the IAA in Munich, we spoke briefly with Pieter Rahusen, Commercial Manager & Business Development Automotive Campus. He was equally enthusiastic: "What a wonderful event to stand at together with campus residents. Everything here radiates innovation. You feel that a lot is about to happen in the automotive sector, or rather in the mobility world. The fair also gives more and more attention to, for example, new bicycle or scooter concepts. Or on other possibilities to make mobility in busy cities more sustainable and smarter."

From Monday 6 September to Sunday 12 September, innovative companies from all over the world presented their latest concepts in Munich. RAI Automotive Industry NL realized a Holland High Tech Pavilion where Dutch companies could show their plans, visions and designs. Pieter Rahusen: "It really is a beautiful stand with Dutch pride. It's great to see that participants like V-Tron, Lightyear and Sekisui are here. During the event I will try to support them as well as possible with our existing network. And, of course, I will also be expressing my passion for the Helmond campus."

Lightyear was of course also at the Holland High Tech Pavilion during the IAA. "The Holland stand was in a nice, tactical spot," explains Tom Selten, Business Development & Public Affairs Lead at Lightyear. "We were right at the front of the first hall with our stand in a central location. This way we could show our Dutch hospitality. At Lightyear we noticed on day 1 that there was a lot of attention. Influencers shot a lot of videos and the atmosphere was very friendly." In addition to the contact with media, influencers and suppliers, there was also a lot of fun amongst each other at the stand. "Of course we network at the IAA with potentially interesting leads, but the network of RAI Automotive Industry NL is also important to us. During lunches, dinners and at the stand you get to know each other better. After one and a half years of digital meeting it is nice to meet each other again."

Lightyear presented its solar technology on the stand, a development that has made great strides in the last five years. The car was on display in the Drivers & Business section of the trade fair in Munich. Selten: "This set-up worked very well. It allowed us to invite interesting leads to admire the car further in the city. In this way we could really emphasize our solar technology in the stand and show the development of the car further afield." Lightyear's solar technology is unique, but there are also similarities between companies at the IAA.

Selten: "It is great to see electric solutions displacing fossil fuels. There are a few hybrid variants on display at the show, but the focus is now almost entirely on electric. We're also seeing some great new brands popping up, like the Chinese GWM. Good workmanship, great range and a nice price. That's nice to see."

The Japanese multinational Sekisui, which will open its 'design studio' at Automotive Campus this month, was also particularly pleased with the huge attention paid to the technological developments in mobility shown by them.

"When we were invited by RAI Automotive Industry NL to participate in the collective Holland booth at IAA, we didn't have to think long," says Rakshith Kusumakar, CTO Automated Driving. "Normally, participation in the IAA is quite expensive but as a participant in the theme pavilion it was quite attractive. Moreover, the IAA is no longer a pure car show these days, but it is now all about mobility in general and that is much more in line with our business."

V-Tron drew attention during the fair to technology such as its self-developed track & trace solutions and driver safety systems, which have now passed the R&D stage. In addition, the company presented new products such as the CANBox, which collects, logs and transmits vehicle data for vehicle control and monitoring. The CCAM unit supports the communication of the vehicle with other road users and with the infrastructure so that the driver can anticipate traffic. This is better for traffic flow and the environment and also saves fuel and money.

Kusumakar was also pleased with the changed format of the IAA. "In past years, the small companies and start-ups were together in a separate hall, where few visitors came. This year, the smaller organizations and the multinationals were mixed together, which gave us a lot more traffic. We made a lot of new contacts and we hope that interesting partnerships will develop from this."