DENS raises millions of euros to commercialize their Hydrozine technology 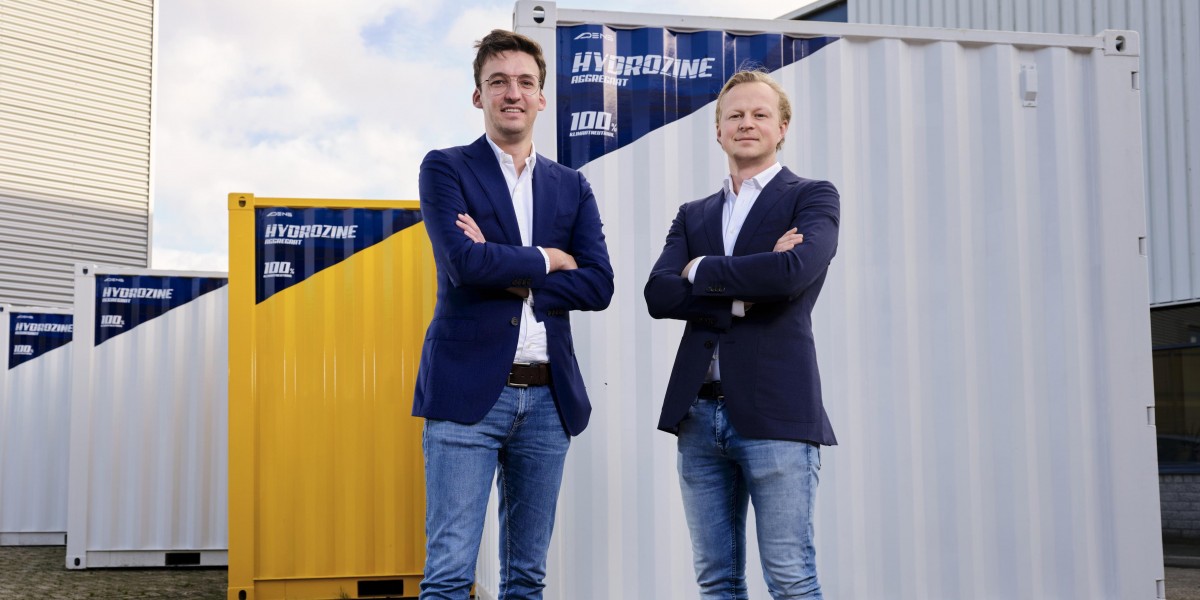 Tech company DENS, developer of technology that overcomes barriers to hydrogen storage and transportation, has secured several million euros in investment from clean energy conglomerate Koolen Industries and Rabobank.
"This will fund rapid growth as we commercialize, scale up and further develop our LOHC Hydrozine technology to accelerate the energy transition," said Max Aerts, CEO, DENS.
By using Hydrozine as a fuel to generate energy on site, it is possible to refill hydrogen or charge electrified vehicles and machinery in remote or difficult locations. "This helps farmers, miners, construction companies and others to replace their diesel-powered vehicles and equipment with carbon-neutral solutions, even if they are far from the electricity grid or just in cities where the grid may not be able to provide enough power for large projects," says Aerts.

Companies such as real estate, infrastructure, engineering and construction giants Heijmans and TBI have already started replacing diesel generators with DENS generators to charge their electrified vehicles and machines on site. Rental partners such as F&L Powerrental and Fulltank make it possible to gain experience with the safe and user-friendly Hydrozine aggregate even for a short-term project or pilot.

"By switching to DENS, we can reduce the harmful emissions from our operations and thus be carbon neutral by 2023," says Stefan Daamen, Senior Advisor for Sustainability Heijmans.

Safe and clean energy
Hydrozine is a safe and efficient liquid hydrogen carrier that makes it easy to store and transport hydrogen in tankers to locations around the world. The fuel contains 53 kg of hydrogen per 1,000 liters, so it can store significantly more hydrogen at atmospheric pressure in a liquid form than gaseous hydrogen compressed at 700 bar.
"Hydrozine is both safe and cheap to transport and easy to use, making it an ideal fuel for heavy vehicles and machinery," says Tijn Swinkels, CTO, DENS.
Once on site, the patented technology extracts the hydrogen (dehydrogenation) so it can be used in fuel cell vehicles or to produce electricity to charge batteries for electric vehicles and machines.

DENS, located in the Brainport region, is according to Deloitte one of the most promising start-up technology companies in the Netherlands in terms of revenue potential, scalability and innovation power. (ref 1.)
Kees Koolen, CEO and founder, Koolen Industries, shares their optimism. "Koolen Industries is continuously looking for solutions to the most difficult challenges of the energy transition. DENS will expand our existing capabilities in clean energy generation, conversion, storage and distribution in ways that will help us better serve industries that require electric heavy vehicles and machinery, along with mobile storage," he says.
"Rabobank is also pleased to support DENS in this next phase of growth to bridge the gap in renewable energy generation. Back in 2018, DENS received a Rabobank Innovation Loan to further validate their proof-of-concept and the design, build and test of their Hydrozine-powered aggregates. Now we are happy to be part of their ongoing efforts to make emission-free energy available for a variety of off-grid applications," says Michel Ziekman, Start-up and Scale-up Banker at Rabobank.

Hydrozine is a viable and easy to scale up technology, according to Professor Earl Goetheer, Principal Scientist at Delft University of Technology. (ref 2.)
DENS' formic acid-to-power system can either serve as a stand-alone carbon-neutral electricity generator used as a power source in large electric vehicles or it can produce pressurized hydrogen on demand from an easily storable Hydrozine solution. This offers enormous potential for successful collaboration," said Prof. Goetheer.

DENS, Dutch Energy Solutions, specializes in Hydrozine solutions that make hydrogen and electricity available to industries that operate independently of the electricity grid. DENS' solutions help reduce emissions from agriculture, mining, construction and other industries using heavy-duty vehicles and machinery that would otherwise be powered by diesel. DENS is committed to facilitating the transition from fossil fuels to clean energy.


The Automotive Campus in Helmond is located in the Brainport Region