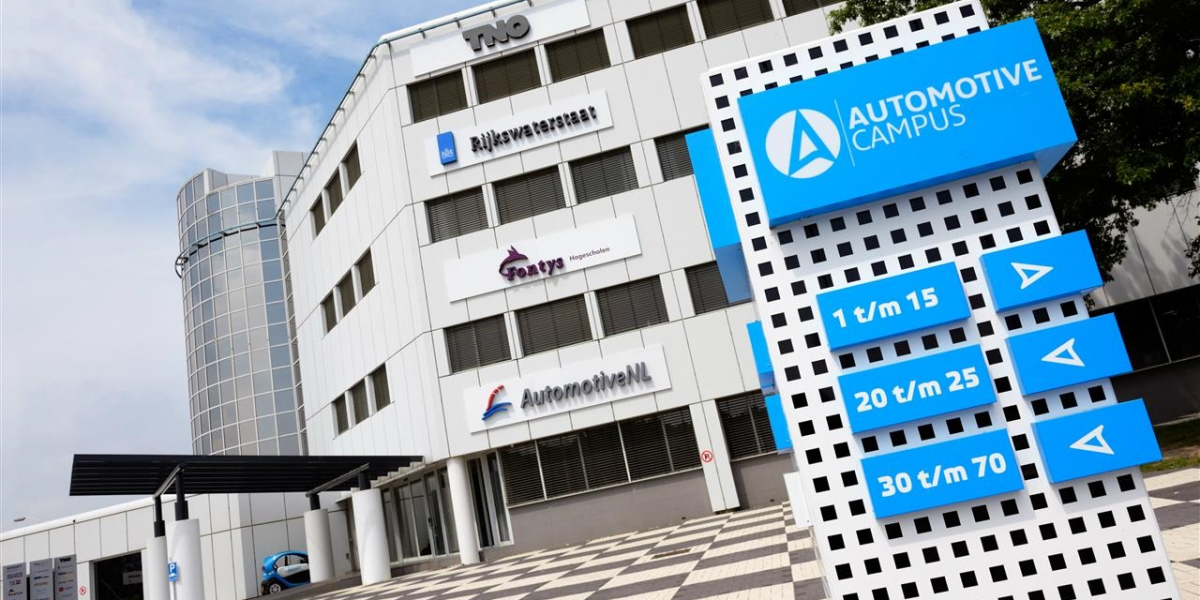 The Automotive Campus in Helmond has had a good year. Although the number of visitors declined and the events calendar remained largely empty, activity grew. More students and more companies. The same goes for the number of construction activities.

The Automotive Camps team looks back and already cautiously looks to 2022.
As strange as it sounds, 2021 will go down in the books as one of the best years of the Automotive Campus. Of course we also have our challenges, but the theme of 'growth and acceleration' is the one that sticks in the mind," says Lex Boon, director of the Automotive Campus. Various residents of the campus have expanded their activities considerably in the past year. In some cases this has resulted in new construction. We have also managed to attract a number of new companies. In short, the Automotive Campus was also buzzing with activity in the corona year 2021.

Pieter Rahusen, Business Developer within the ecosystem, adds; "With the arrival of, among others, Trescal, IM efficiency, Nimbus, VOC and the Taiwanese multinational Delta Electronics, the number of companies on the Automotive Campus grew considerably. There are now about 70 established there. The arrival of Japanese player Mirai Data B.V. shows that the internationalization of the Campus is further increasing. The Japanese multinational Sekisui had already established itself in Helmond earlier.

New construction
Existing residents did not sit still either. DENS moved to Het Ketelhuis, Lightyear experienced considerable growth (both in employees and in square meters) and ELEO Technologies announced that it will move to a new building that will be developed especially for them. "Construction has already started. Completion is expected in mid-2022. And it won't stop there. We are currently in talks with several residents and potential new residents about new construction. I expect that we will be able to tell you more about this in 2022," says Rahusen.

Projects
Automotive Campus, together with its strategic partners, is increasingly organizing projects in order to bind parties. Lex Boon says, "This year we did that for Sekisui, among others. Together with cluster organization RAI Automotive Industry NL, we set up promotional activities and Sekisui took the first step towards its own first design center. Another great example is the launch of the Battery Competence Center on our campus grounds. This innovation program, which includes our campus residents TNO, VDL and battery manufacturer Eleo Technologies, offers collaborating parties the opportunity to build knowledge and competencies in the field of battery technology and thus strengthen the competitive position of the Dutch manufacturing industry."

Vibrant community
Nice steps have also been made in the past year with regard to a mutually reinforcing and lively community. Ike Wouda, Community Manager within the campus, endorses this: "By combining knowledge and strengths of educational institutions and the organizations, our vibrant ecosystem has received a good boost. Wonderful collaborations have been launched and a blow with regard to open innovation has been made."
The 'Automotive Campus Open Mic' platform has also contributed to this. "Every 2 months we ask campus residents or a guest speaker to take the stage in an informal atmosphere and tell his/her story. The most special and constructive collaborations still arise from such meetings".
Communication towards 'the outside world' has also been taken to a higher level. "Despite the challenges that last year gave us, I think that as a team we have managed to put our triple-helix campus ecosystem more strongly on the national and international map of smart and green mobility."


The Automotive Campus in Helmond is located in the Brainport Region